The first part of my treatment was six weeks of radiation. First, I was fitted for a mask, the job of which was to hold my head in precise position each time I received treatment. To create this mask, the technicians heated a piece of mesh plastic and then used an x-ray and lasers as guides as they pulled it to form over my face. It then cooled into a rigid shape suitable for keeping me in place, like so: 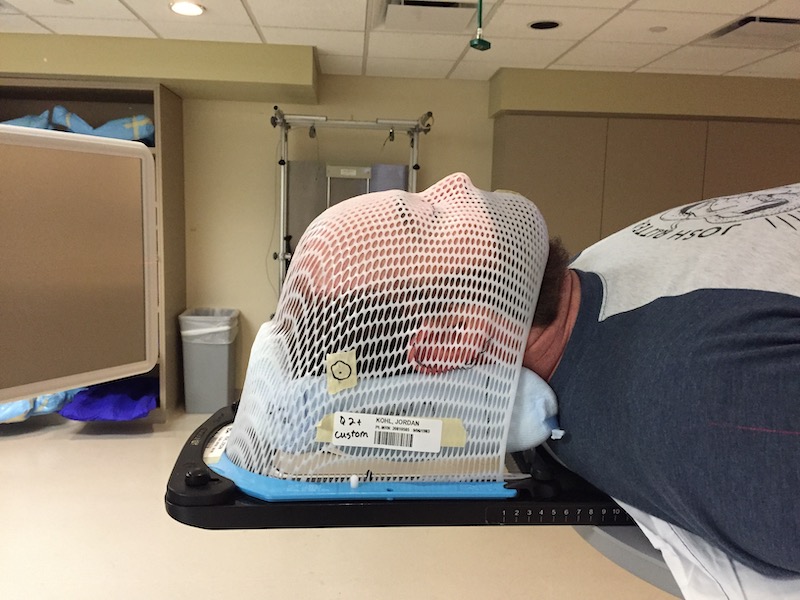 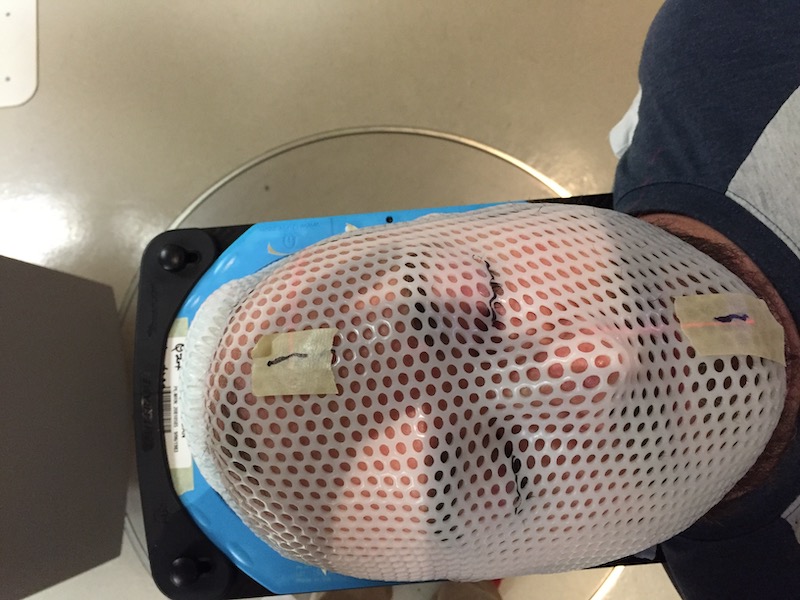 Once I had the mask fitted, it was time to begin treatment. Starting in the beginning of October, I went to Huntsman Cancer Institute (on the campus of the University of Utah Hospital) every weekday morning for six weeks. Usually things went pretty fast, only having to wait for a short time before going back to the radiation vault, but sometimes there were longer waits of an hour or more. Once I got in, it was fast: usually five minutes. Going so often was interesting, because I saw the techs every day, but it was for such short amounts of time. They were good at getting to know me and making me feel comfortable in spite of such brief encounters. They also put up with my daily music request of either Josh Ritter or Jason Isbell. I really liked my team there. During this time, I happened to read an account of a woman who went through radiation and chemo, and her experience sounded terrible; very different from mine. I attribute a lot of that to the great radiation techs at Huntsman.

Here’s a pic of the radiation machine, for some context: 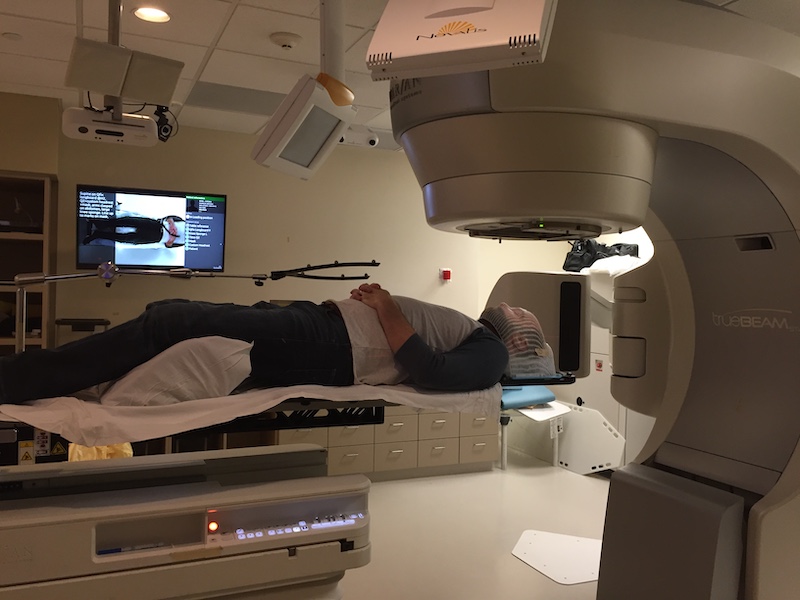 The big part that’s above my head in the picture rotated around in order to be positioned behind and to the side of my head at the proper angle.

The side effects from radiation weren’t too bad for me. One side effect, hair loss at the site of the radiation, was merely annoying. It also caused my skin to itch, but only a bit. As treatment went on, though, I started to really feel depleted of energy. By the time I’d get home from work I’d be completely wiped out. I wasn’t a lot of good around the house during that time. That started during the last two weeks or so of treatment and lasted another few weeks after that.

Some other memories from this time:

EDIT: I forgot to thank some other folks! Laura’s parents, Joel and Julie, were also so giving during this period. They came to the house most mornings before 7:00 so that we could go to my appointments without having to bring Louise along. Thank you guys; love you.